Woman calling for information about her father (who has been missed since August 1945), during a Victory Day celebration Day in front of the Bolshoi Theatre in Moscow.

Woman carrying a call for information about her father, Leonid Lavrov, who has been missed since August 1945, in front of the Bolshoi Theatre in Moscow, where people are celebrating Victory Day together with war veterans. Each year on the 9th of May, Russia celebrates the 1945 victory over Hitler Germany. Veterans get together near the Bolshoi Theatre and several other spots in Moscow. Over the years, these gatherings have become ever more massive and are joined by thousands of Muscovites. 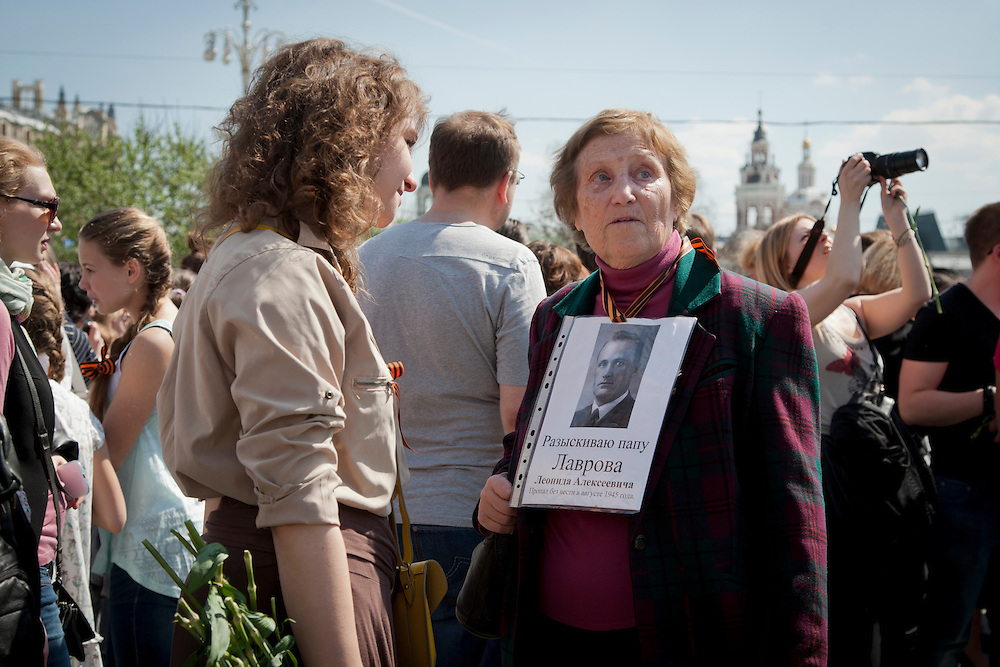